Draw Down Planning In Retirement

One very important reason to convert an RRSP to a RRIF is that you probably want to make registered withdrawals as part of the overall draw down plan anyway.

Draw down planning is an important part of any retirement plan because it can help manage taxes and government benefits in retirement.

We may also want to shift assets from registered accounts into other tax advantaged accounts like TFSAs before higher tax rates in later retirement. TFSAs are more flexible but still allow for tax free growth.

Waiting until the last possible moment to draw down an RRSP/RRIF might just mean paying more tax later, sometimes much more due to higher marginal tax rates.

Waiting until the last possible moment to draw down an RRSP/RRIF may also mean triggering OAS clawbacks in mid/late retirement.

Waiting to convert an RRSP to a RRIF until age 71 might mean the RRSP has grown so large that minimum withdrawals now push an individual into higher income tax rates PLUS OAS clawbacks, a “double whammy”.

This is especially important for couples in the event of an unexpected death.

In a survivor scenario, registered assets “rollover” to the survivor and could create a “monster” RRIF. Because income can no longer be split, that monster RRIF, and the monster mandatory minimum withdrawals that result, could now mean OAS clawbacks for the survivor. Strategically drawing down the RRSP and converting to a RRIF earlier in retirement can help avoid this awful scenario.

Couples have another reason to convert RRSPs to RRIFs, pension income splitting.

Waiting to convert an RRSP to RRIF could mean missing out on income splitting between age 65 and 72.

Pension income from a RRIF after the age of 65 qualifies for the pension income tax credit. This $2,000 tax credit provides another small incentive to convert an RRSP to a RRIF before the mandatory age 71.

Because pension income can be split, this also means couples can both take advantage of the tax credit, that’s $4,000 in tax credits for a couple that may go to waste if an RRSP to RRIF conversion is delayed.

No Withholding Tax On Minimum Withdrawals

Converting an RRSP to a RRIF can also help manage income tax timing better. RRSP withdrawals have a mandatory withholding tax that depends on the size of the withdrawal. This could mean paying more tax up front and getting a tax refund later. Not ideal.

A RRIF on other hand has no mandatory withholding tax on the minimum withdrawal. This provides more flexibility to manage the timing of tax payments and cash flow in retirement.

Reduced Or No Fees On Withdrawal

Although it’s not necessary to convert an RRSP to a RRIF to make withdrawals, the RRSP withdrawal fee could be anywhere from $50 to $75 to $125+

The advantage of converting an RRSP to a RRIF is that RRIF withdrawals often avoid these partial deregistration fees or have lower fees.

A couple making semi-annual withdrawals from their registered accounts could save $200 in withdrawal fees each year just by converting to a RRIF. 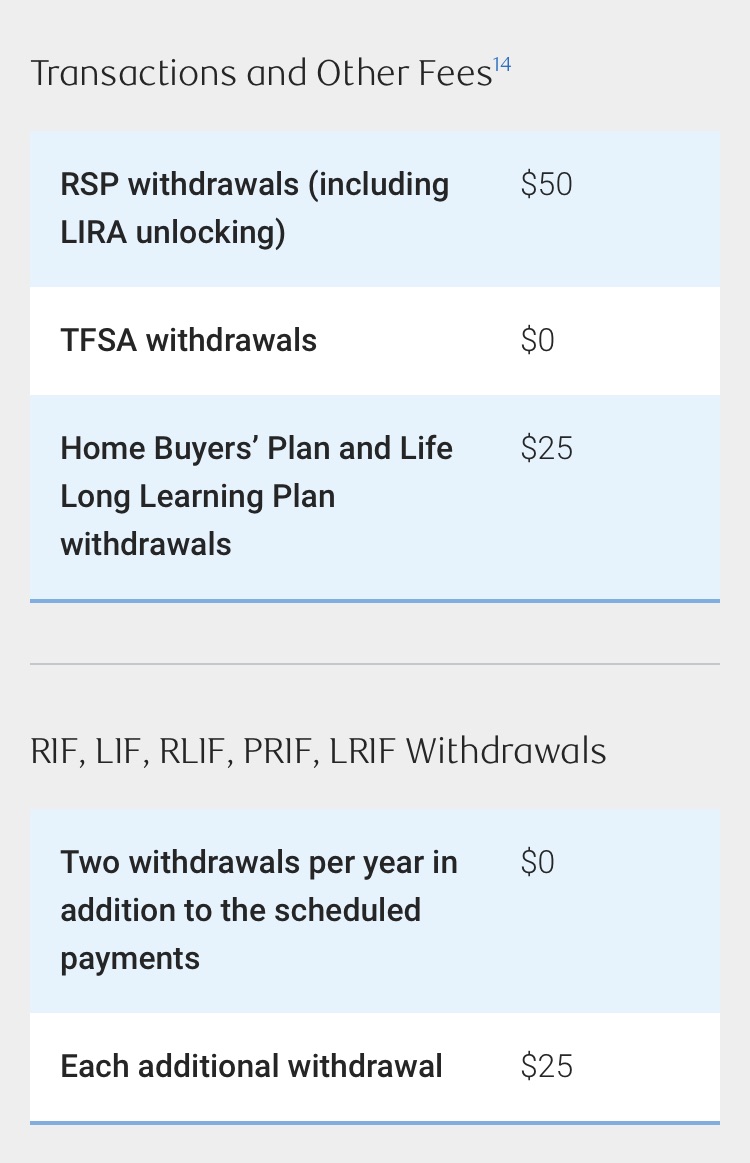