Tax Deferral Is Not Necessarily An Advantage

In this blog post we’ll explore the first type of tax deferral, using an RRSP, and we’ll see that the tax deferral itself doesn’t necessarily provide an advantage.

Tax deferral is when tax is delayed to some point in the future, usually by delaying the recognition of income.

Tax arbitrage is when income is shifted from a high tax rate to a low tax rate, thereby reducing total tax paid.

Tax rate arbitrage provides a benefit because tax is paid at a lower rate in the future.

As we’ll see below, tax deferral itself doesn’t necessarily provide an advantage. As long as investments grow tax free, paying tax now or paying tax later doesn’t matter when the tax rates are the same.

With a TFSA, the contribution is made with after tax dollars (paying tax now) and withdrawals are made tax fee (no tax in the future).

With an RRSP, the contribution is made with pre-tax dollars (no tax now) and tax is paid upon withdrawal (tax deferred and paid in the future).

What’s interesting is that when the tax rate today and the tax rate in the future is the same (when there is no tax rate arbitrage) this tax deferral provides no advantage. The tax deferral itself doesn’t matter as long as investments can grow tax free inside either account. 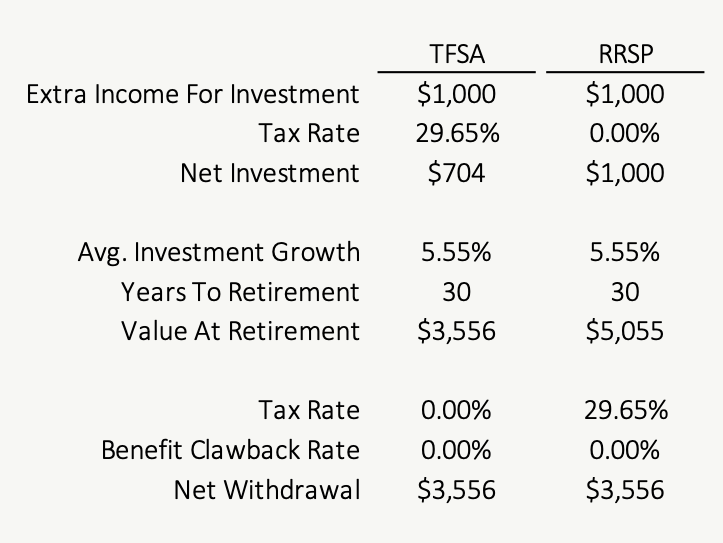 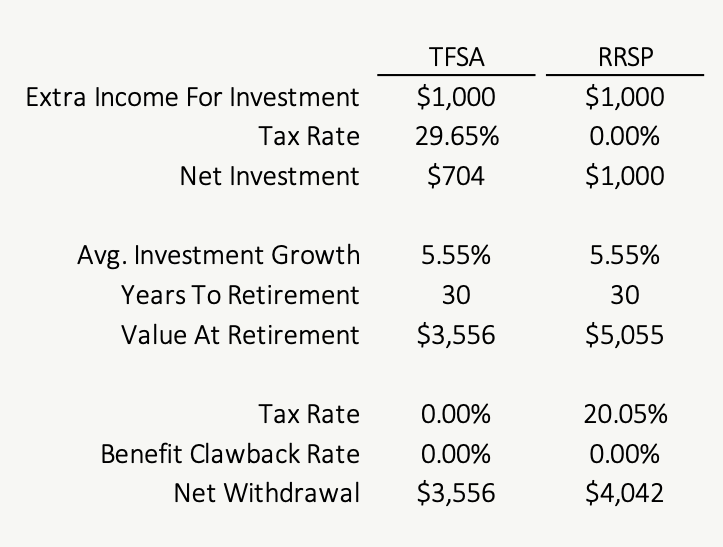 In this case the marginal effective tax rate in the future is over 40% higher and this tax rate arbitrage, going from a 29.65% tax rate to a 70.05% tax rate, provides a significant downside. 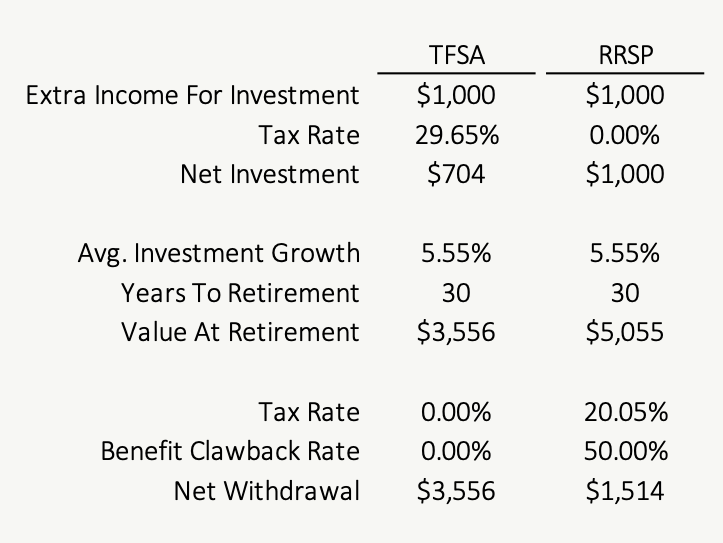 When deciding to make an RRSP contribution to defer tax, it’s important to realize that the tax deferral itself doesn’t provide an advantage when a TFSA contribution is also an option.

When comparing a TFSA vs an RRSP there is no benefit from deferring tax and the benefit of tax rate arbitrage can be positive or negative.

Don’t get fooled by the idea of “deferring tax”, because it’s not necessarily an advantage of using an RRSP vs a TFSA. Deferring tax could even be a downside when marginal effective tax rates are higher in the future.