How Big Could Your TFSA Get If You Contribute The Max Each Year?

TFSAs: Why You Should Have One

If you have read any other PlanEasy posts, you will know by now that we think TFSAs are amazing, and that you should open one if you haven’t already.

Anyone who is 18 years old with a valid SIN can open a TFSA account. The basic idea is that it’s a “savings account” (which is poorly named because it can hold way more than just savings) that allows you to grow your money completely tax free.

How Do TFSAs Work?

Money placed inside a TFSA will grow completely tax-free. (It’s helpful to think of a TFSA as a box and there’s no income tax on things placed inside or take out of the box).

Many different types of investments can be placed inside a TFSA (GICs, stocks, bonds etc.) and while they’re inside the TFSA they will not be taxed.

Withdrawals can be made at any time and in any amount. You can choose to withdraw whenever you like, all your savings or just part, and unlike an RRSP, you won’t be taxed on withdrawal.

This amazing tool started in 2009. Every year, you can contribute a certain amount, which is the same for everyone. So, if you opened a TFSA this year, you could contribute $6,000, right?!

Here are the past TFSA contribution limits for each year:

This leaves us with a grand total of $75,500 as of January 1st 2021 if you were 18 or older in 2009. You could hypothetically contribute the entire amount to a TFSA if you have never opened one before.

Here is an estimate of possible future TFSA contribution limits for each year:

TFSAs are great, but because they have unique rules they can be a bit confusing. Sometimes it can be hard to keep track of how much you have contributed each year. The most common way that people over-contribute is when they use it as the name suggests, as a savings account, and withdraw and deposit from it multiple times in a year… don’t do this!

For example, if you contribute $1,000 and later withdraw that $1,000, if you choose to re-contribute it again later, you will have technically contributed $2,000 into your TFSA that year (even though this is the exact same money).

Essentially, once you deposit into your TFSA, even if you later withdraw, it will still count towards the contribution limit.

How Large Could Your TFSA Get In The Future?

The TFSA is great, it allows your savings and investments to compound tax free. Let’s fantasize for a moment about how large your TFSA could get in the future if you make max contributions and let compounding run wild.

This is a popular topic and something we’ve written about before. My wife and I have a personal goal is to have our TFSAs reach a combined $1M in less than 20-years. This is actually a fairly realistic goal (we hope anyway) and it’s likely we will see our TFSA grow even more in the future.

For someone who’s contributed to the maximum amount since 2009 when the TFSA started it’s not unreasonable to expect they would currently have a balance over $100k+ if they’ve been investing for the last 10+ years.

Let’s assume their TFSA currently sits at $125,000 including investment growth and we can see how it may evolve in the future if they continue to max it out each year. 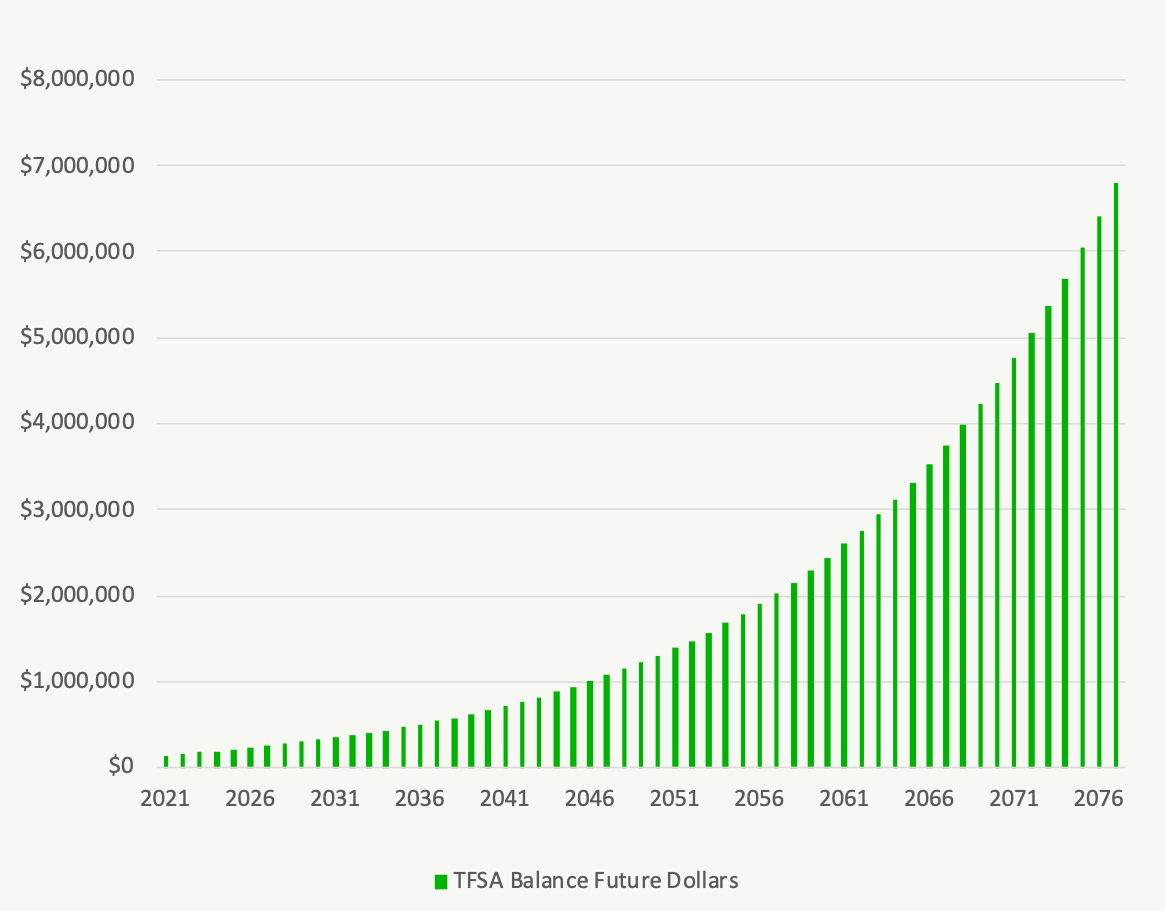 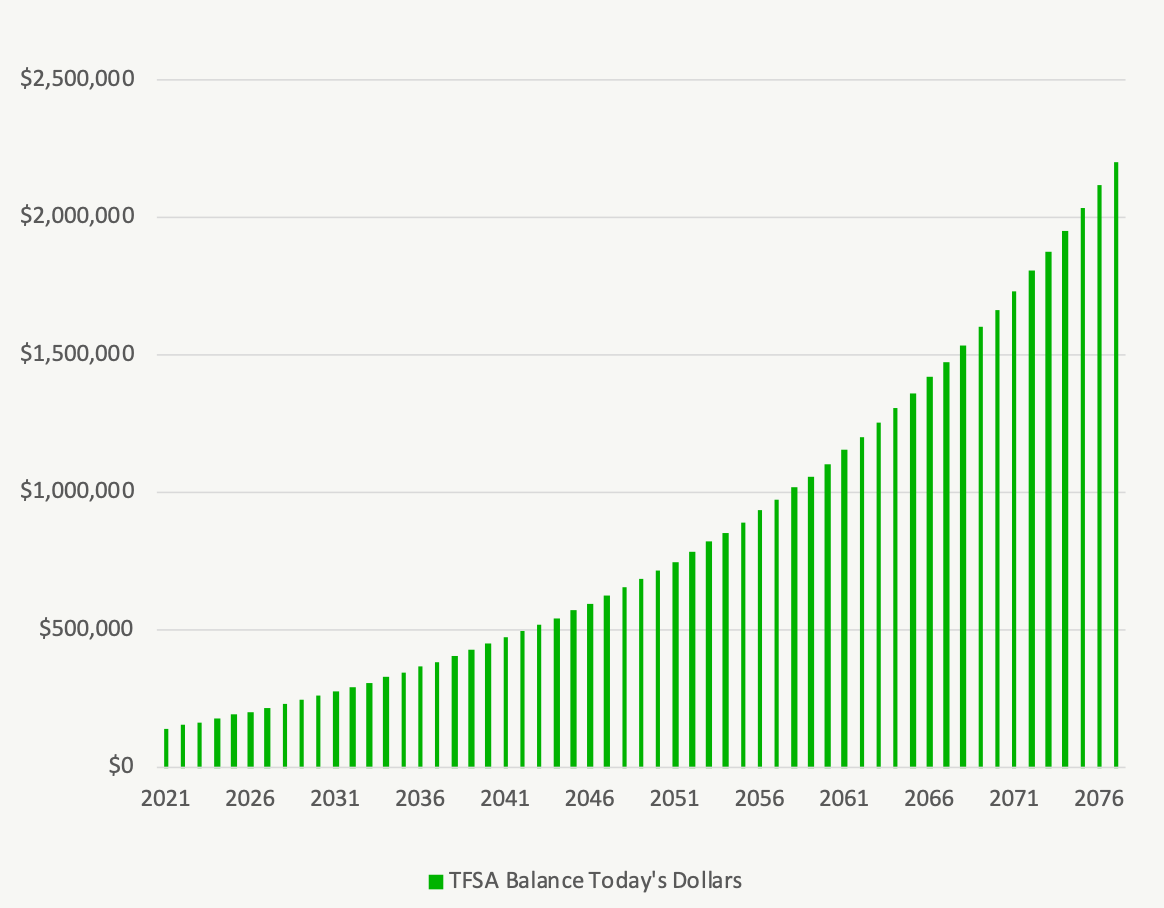 Amazing isn’t it? Having over $2M tax free in the future is a pretty good reason to max your TFSA contribution limit each year.